Optiven’s Soaring Business Confidence, On The Back Of The 2022 General Elections

Optiven’s Soaring Business Confidence, On The Back Of The 2022 General Elections 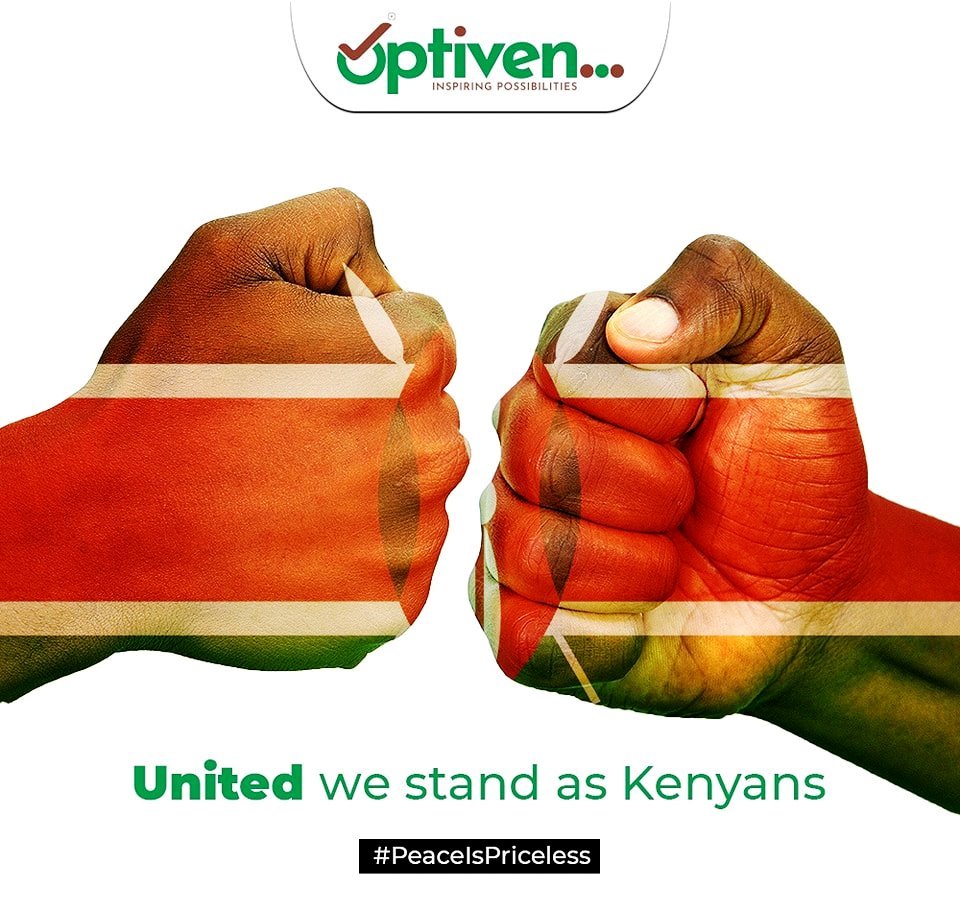 Kenya’s general elections are one of the critical events that impact businesses and the economy of the nation. All stakeholders, pivotal to the industry, in one way or another are affected by the activity.

In this case, 2022 was expected to be the first time that the Kenyan economy overcame historical election anxiety to expand more than 5.0 per cent since the reintroduction of multi-party democracy in 1991.  The GDP has had a trend of declining during the election periods when firms put investment decisions on hold pending a return to normalcy on the political front.

Optiven Limited, the leading real estate company was enthusiastic to be a voice of reason by engaging in a peace campaign during this time.

It was no longer business as usual as the company invested in providing content that was wholesomely skewed to share the message of peace and a reminder that it was the responsibility of each Kenyan, before, during and after the election.  https://twitter.com/i/status/1557972705533640704

No less than the Group CEO, Mr George Wachiuri, who stands at the forefront to lead this initiative that was targeted to both the young and the old in an equal measure under the mantra #OptivenForPeace.  https://www.youtube.com/watch?v=5fukzPXieio.

It is this step that also saw Optiven urging the masses on the need to elect leaders that are forward-looking, with the main aim being to transform the communities with their policies and manifestos.   In addition, Optiven also offered to have its customers pay for their projects in a comfortable manner with relaxed instalments.   Existing customers at Optiven had been provided with customized payment plans in order to cushion them for the election period anticipation, where uncertainty means that more savings needed to be made.

CEO George Wachiuri said, “To cushion our customers we adapted different campaigns before the elections that were aimed at rewarding our investors.  By paying a certain amount of money for their investments, they were also able to also get cashback and gifts – both of which were of value to them and their loved ones before, during and after the elections.”

The company also considered the reduced purchase interest of most Kenyans based on the change of investment focus.   This saw the introduction of more affordable projects as Optiven lived up to its mandate of socially and economically empowering and transforming society.

It is with this consideration that new projects within the counties were introduced to its customers with the target being middle to lower-middle-class investors.  The location of the projects was also based on the suggestions of the customers, many of whom had expressed interest to invest in the counties.

Optiven through its soft arm was also at hand to give back to society by offering food support for people living in informal settlements, provision of wheelchairs for people living with disability and offering mentorship opportunities, especially for fresh graduates under the graduate mentorship initiative.

Overall, the involvement of Optiven across the board was a contributing factor to the business of real estate making it soar even during and after the elections.   Going forward we believe that the future for Optiven is bright.