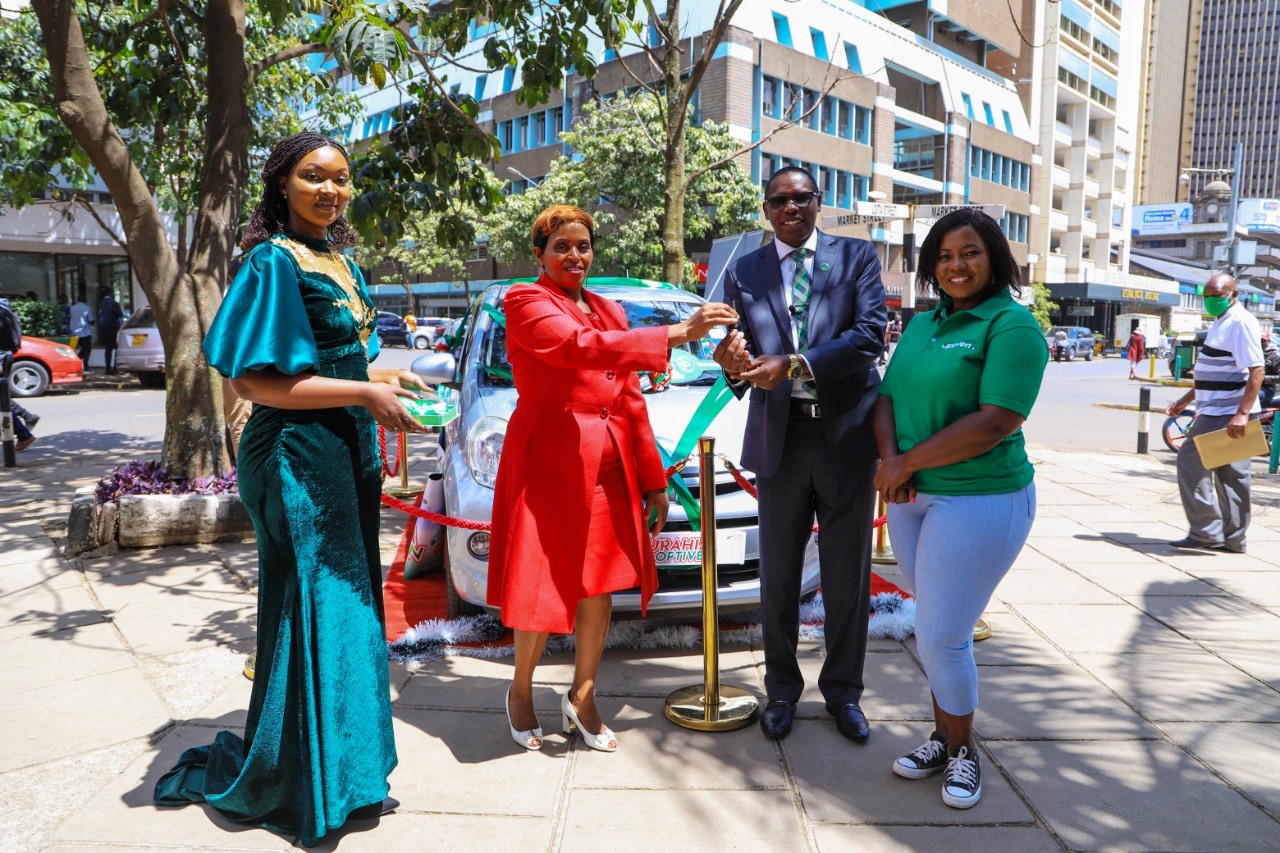 Friday the 5th of November 2021 may have been the first Friday of November for everyone else but not for Serah.  The investor with Optiven Real Estate woke up to the realization that she now owned a brand new Toyota Passo which she had won in the draw based FurahiaNaOptiven Campaign.   The vehicle was the first among three that was won in the campaign which was launched on 1st October 2021. 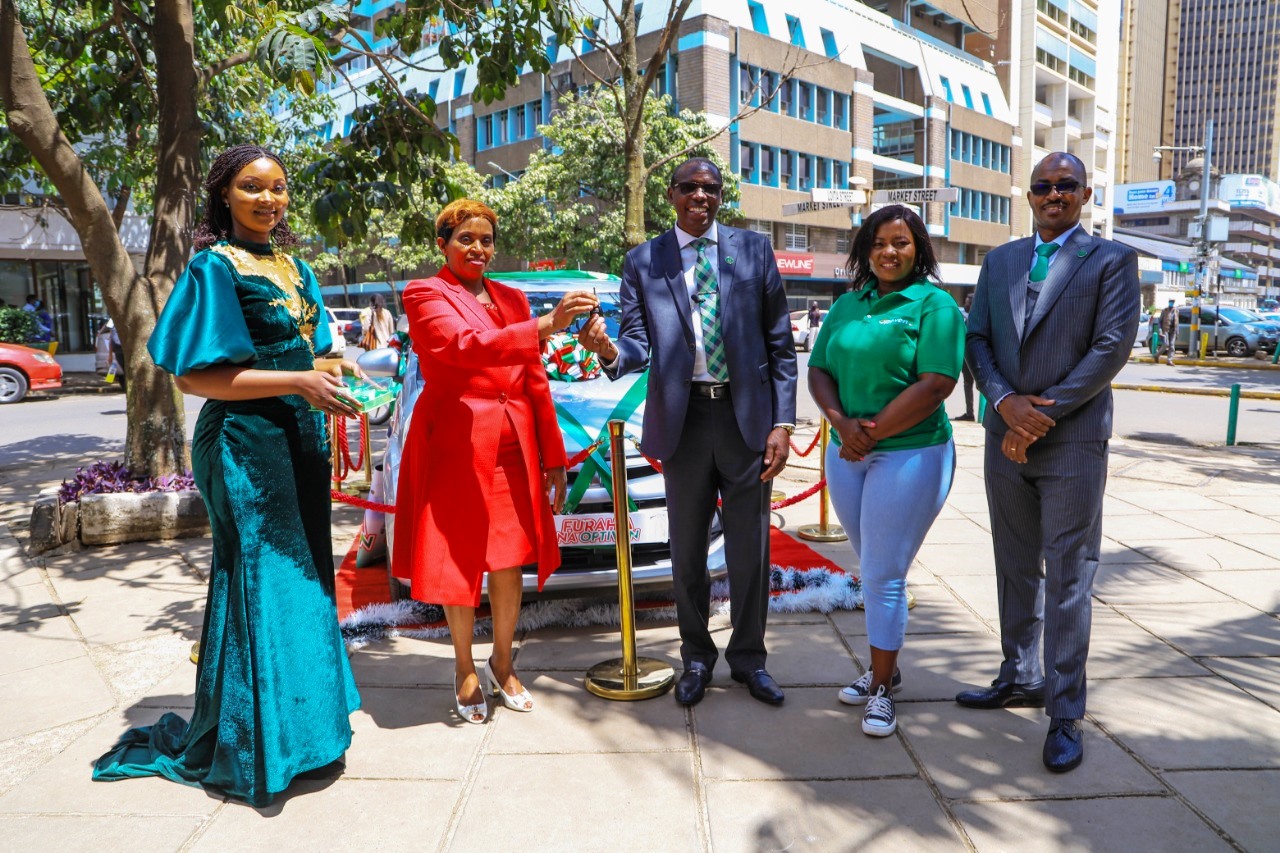 The handover of the car number three in the FurahiaNaOptiven Campaign was received with a lot of enthusiasm by the public many of who were keen to believe that it was true that the car had indeed been won.   While the winner was in the diaspora, her sister was at hand to receive the vehicle much to the joy of the new owner who confirmed via zoom that it was a great addition to the investment she had made with Optiven Real Estate while still working in New Jersey in the United States of America. 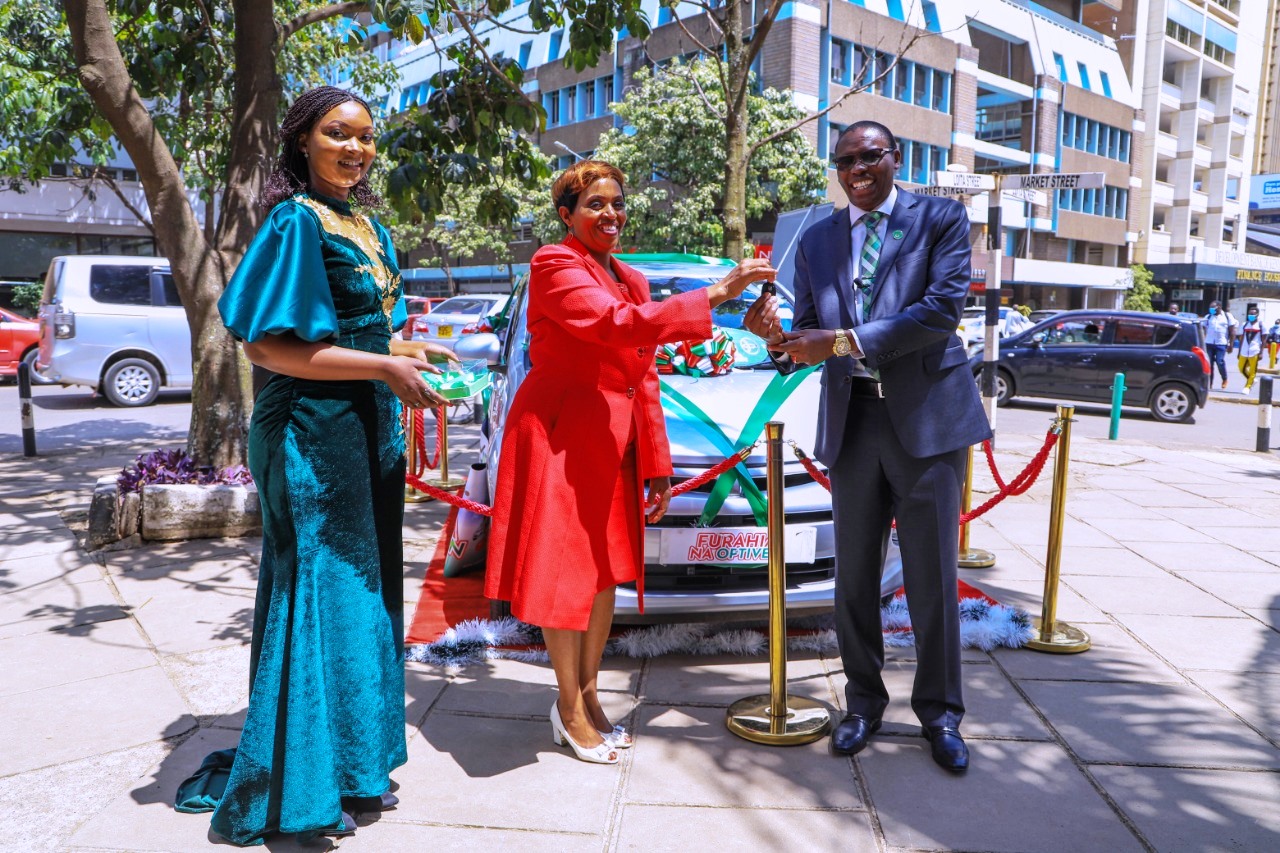 At the end of the day, the vehicle was driven away by the winners who were happy that they had not only won but had also invested wisely thus making the investment the cherry on the icing of the cake. Speaking during the handover, George Wachiuri, the Chief Executive Officer at Optiven Group reiterated the process in the FurahiaNaOptiven campaign noting that the process is recognized by the government through the Betting Control and Licencing Board. 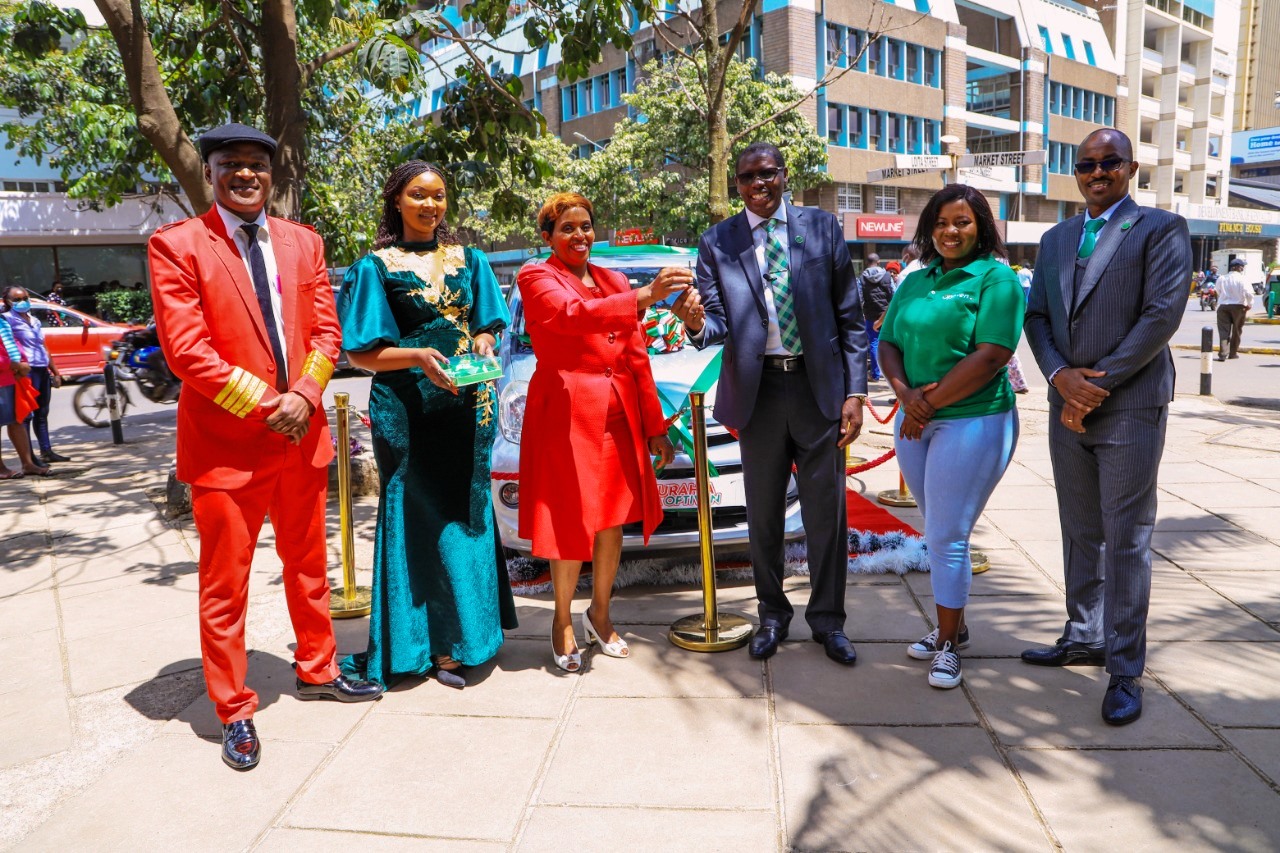 He noted that “as Optiven we are happy to have partnered with the government in this campaign to ensure that it is not only transparent but also beneficial to our customers, giving as much opportunity as possible to all who participate under the terms and conditions stipulated in the campaign.”

The FurahiaNaOptiven Campaign is draw based and computerized by an independent company where winner selection is done independently.  The campaign is open to current and new investors who can invest, or redeem to earn points and stand a chance to win Airtime daily, a Holiday weekly, a plot monthly or a  car monthly.  The campaign ends on 31st December 2021.

To Invest with us