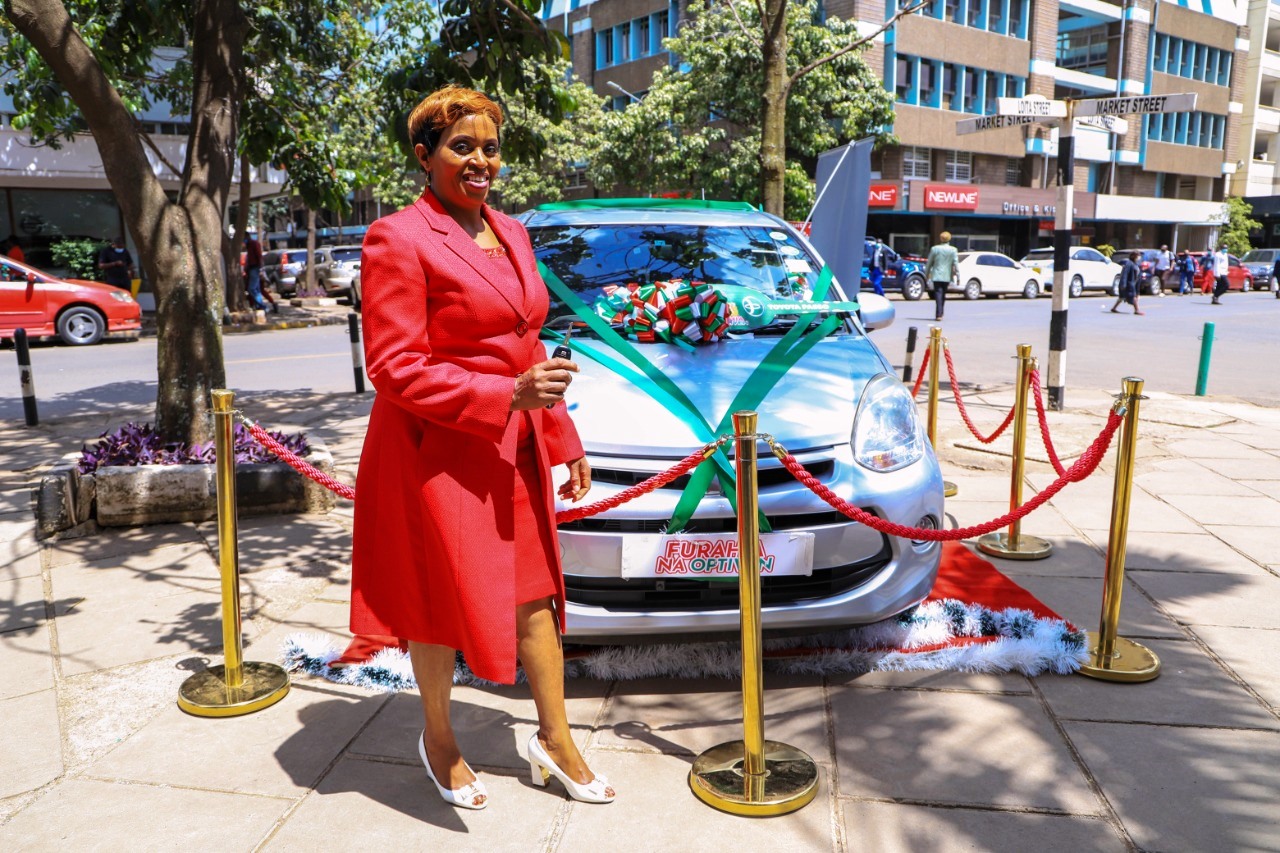 The buzz on the FurahiaNaOptiven draw based campaign rose a notch higher on 5th November 2021 after the winners were announced.   A brand new Toyota Passo which was the first car to be won in the FurahiaNAOptiven campaign was won by an Optiven Investor in New Jersey.

The elated winner received the news after she was verified by the team from Betting and Licencing Control Board BCLB as the legit winner in the campaign.   Speaking to the handover team of the vehicle from New Jersey, the Winner, Serah expressed her happiness noting that she was not sure she would win the car but is happy to have been the one driving it home.

The vehicle was received on her behalf by her Sister Margaret at the Optiven Group Head Office on Absa Towers,  shortly after it was handed over to her by George Wachiuri, Chief Executive at Optiven Group.   Wachiuri noted that “As Optiven we are happy to have partnered with the government in this campaign to ensure that it is not only transparent but also beneficial to our customers, giving as much opportunity as possible to all who participate under the terms and conditions stipulated in the campaign.” 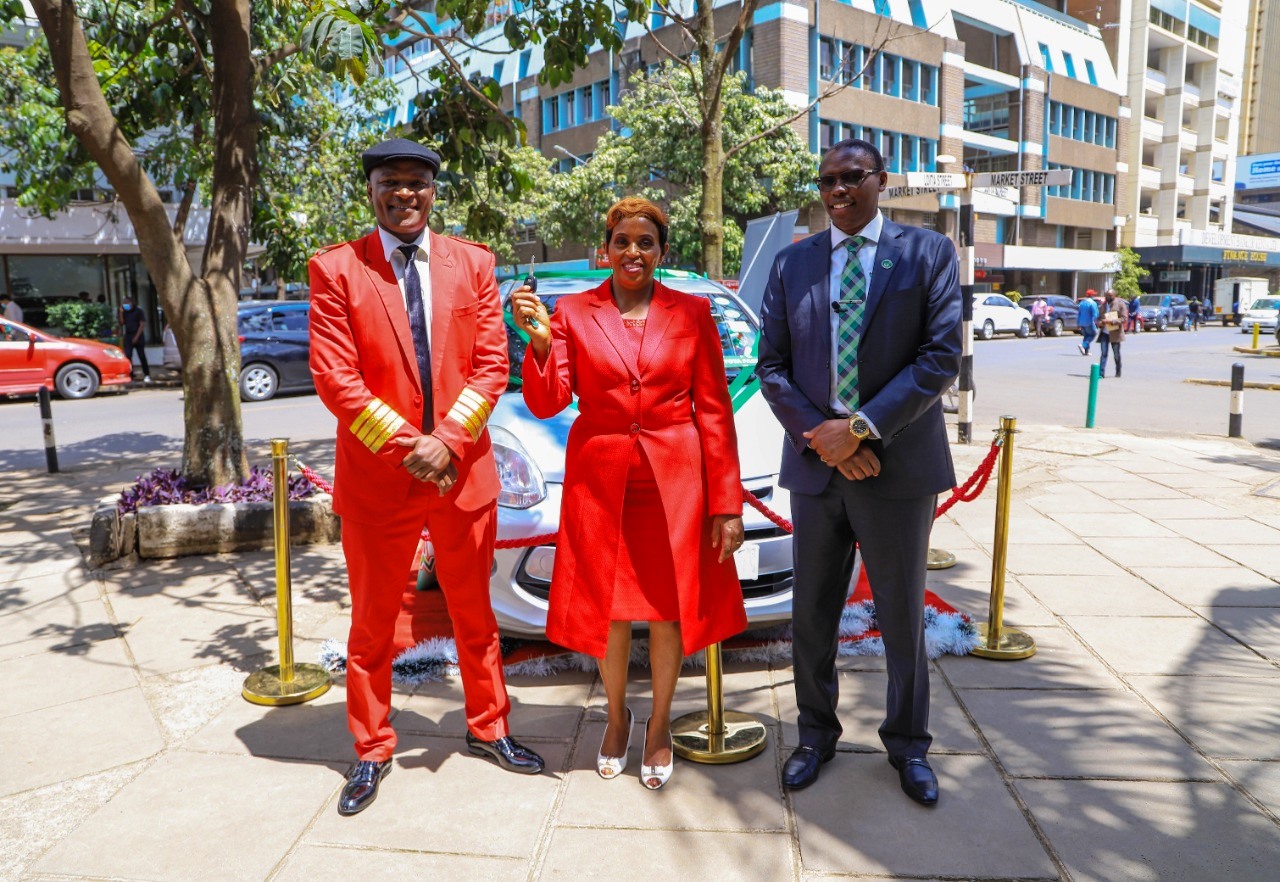 The Toyota Passo was one of the three cars that are prizes for winning in the FurahiaNaOptiven draw.   Beginning October 2021, one lucky investor will stand the chance to win a car in the campaign which has plots, airtime, and holidays to be won

The Diaspora is also the new home for a plot winner as Ephraim was at hand to speak to the handover team on 5th November 2021.   His sentiments centered on the great joy of having an extra plot for his investment with Optiven.   According to Ephraim, who works in the United States of America, he invested with Optiven in their Kajiado project and with the new prize now belonging to him, he has a bigger portfolio of land which he intends to keep. 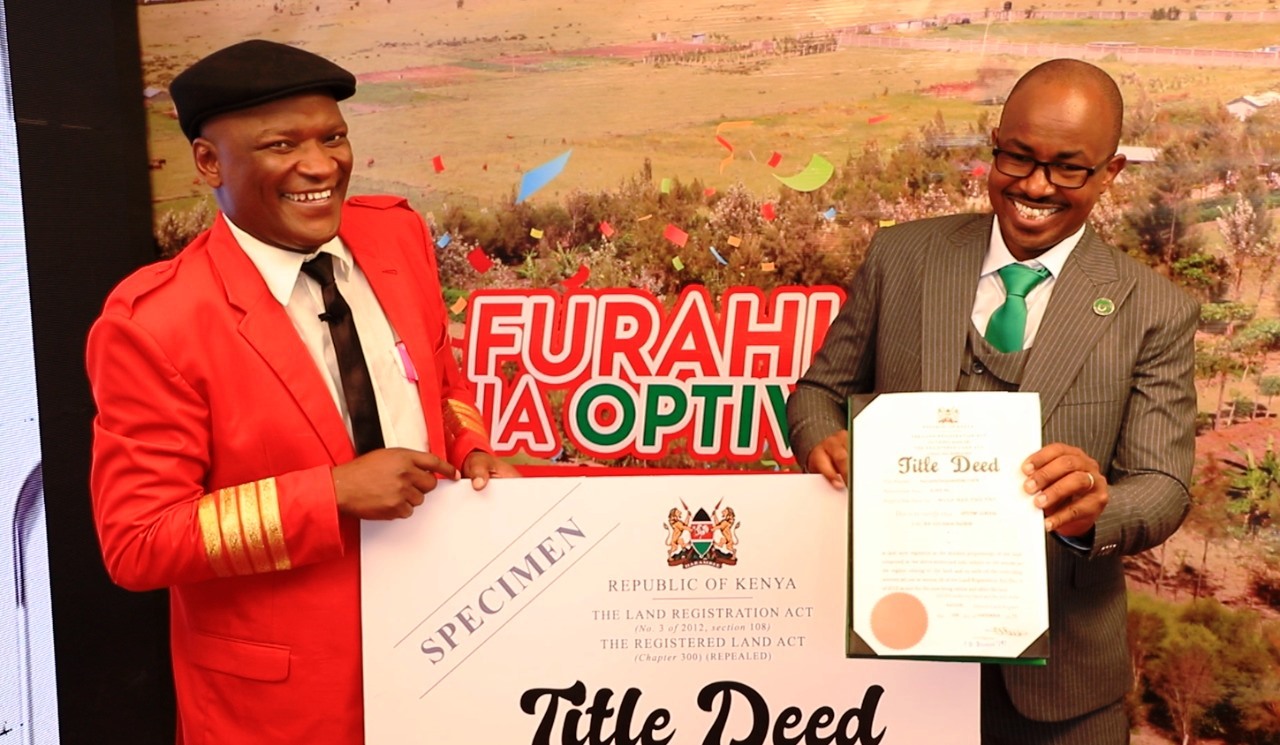 The plot with a value of over 500,000 shillings was presented to him by Mr. William Nagilae after the verification of Mr. Ephraim as a winner by the Betting Control and Licencing Board.   The presentation was done at the Optiven Group Head Office, located at Absa Towers on 5/11/2021.

The FurahiaNaOptiven campaign is draw based and computerized by an independent company where winner selection is done independently.  The campaign is open to current and new investors who can invest, or redeem to earn points and stand a chance to win Airtime daily, a Holiday weekly, a plot monthly or a  car monthly.  The campaign ends on 31st December 2021. 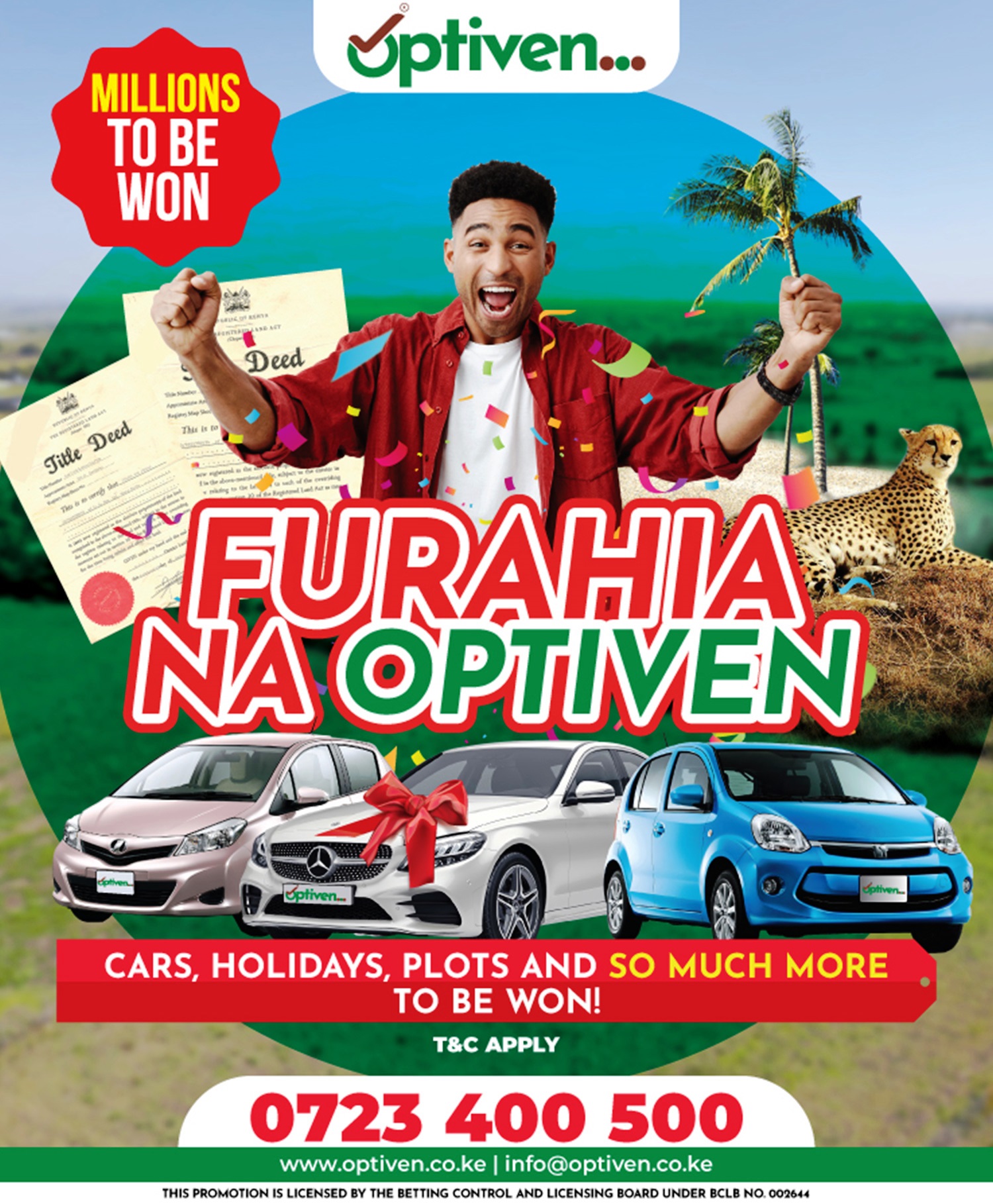