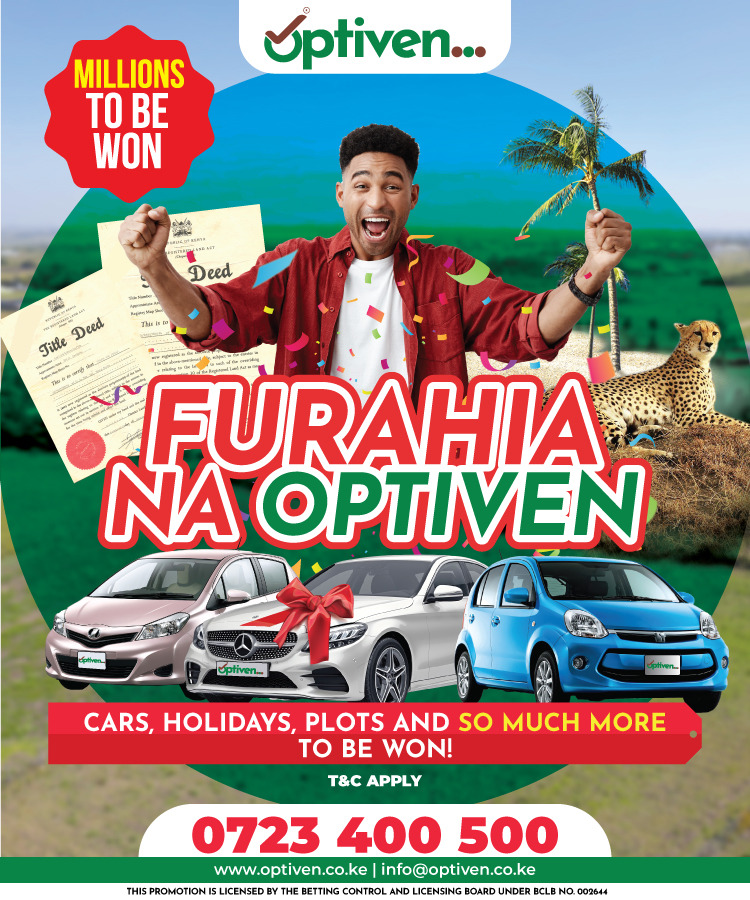 The palpable excitement, the exhilarating joy and the joyous expectation is what welcomed the launch of Kenya’s largest Real Estate Campaign on 1st October 2021. This was the result of Optiven Real Estate and it’s pacesetting engagement to reward its customers as they usher in the official Customer Service Month globally.

The launch of the Furahia na Optiven Campaign was done today with pomp and color at the Sarova Stanley. Spectacular in all it’s aspects, the campaign is set to offer numerous rewards to the valued customers of Kenya’s leading Real Estate brand.

The launch event which was covered live from the center of the city was symbolic in a time when many Kenyans are keen to invest. Speaking at the launch, Group CEO, George Wachiuri said, “it is a great time to appreciate our investors through the FurahiaNaOptiven campaign and to express just how much we value them for trusting us with their investments in our projects.”

The campaign launched on 1st October 2021 is set to revolutionize the reward systems within the sector as Optiven sets the pace in the arena and the region as a whole. According to Wachiuri, “we as Optiven are not involved in the selection of the winners in a process we are keen to see transparency and equal opportunity for all.”

Under the campaign, investors in any of the projects under the Optiven portfolio will receive points to enter a draw, after paying 10,000 shillings for each point. The starting point however will require investors to make a bulk payment of 500,000 shillings at one for any of the properties to qualify for 50 points. The minimum points to qualify for entry in the promotional campaign is 50 points.

Some of the exciting prizes in the promotional campaign are the first of their kind to be offered by any real estate company in East and Central Africa. Among the prizes is a top of the range Mercedes Benz, pieces of land and holidays among others.

A happy existing client with Optiven, who attended the launch online from the United Kingdom when asked what he thought about the promotional campaign said, “Optiven is my Santa Claus and I am not just investing alone, that would be disastrous, am coming with my brother, and two colleagues because this is just amazing for lack of a better word.”  His wife, also joined the meeting adding, “we are happy that Optiven has stayed true to it’s rallying call on bringing families together and this campaign is not only exciting but I have never heard of any other campaign of this magnitude”.

The last time the country had a similar public promotion that saw a winner go home with a Mercedes Benz was in the year 2012 when the late Safaricom CEO Bob Collymore handed over the vehicle in the Timiza na M-PESA promotion grand draw.

Their sentiments were shared by fellow investors in Abu Dhabi, Italy and Belgium all who have invested in Happy Gardens in Kitengela, Vision Gardens in Konza, Success Gardens in Gatanga and Amani Ridge | The Place of Peace in Kiambu respectively.

So what does one get from their investment during the time of the FurahiaNaOptiven Campaign?

Up for grabs are three brand new motor vehicles, pieces of land, holidays and much more. The campaign will reward investors on a daily, weekly, and monthly draws.

To Invest Call, Text or WhatsApp